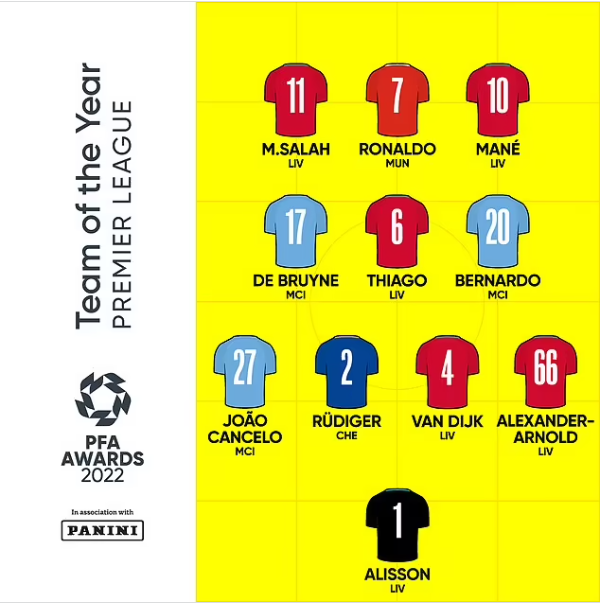 The PFA team of the year results have been unveiled for the Premier League.

Liverpool and Manchester City dominated the list as nine of the 11 players selected came from the runners-up and respective champions.